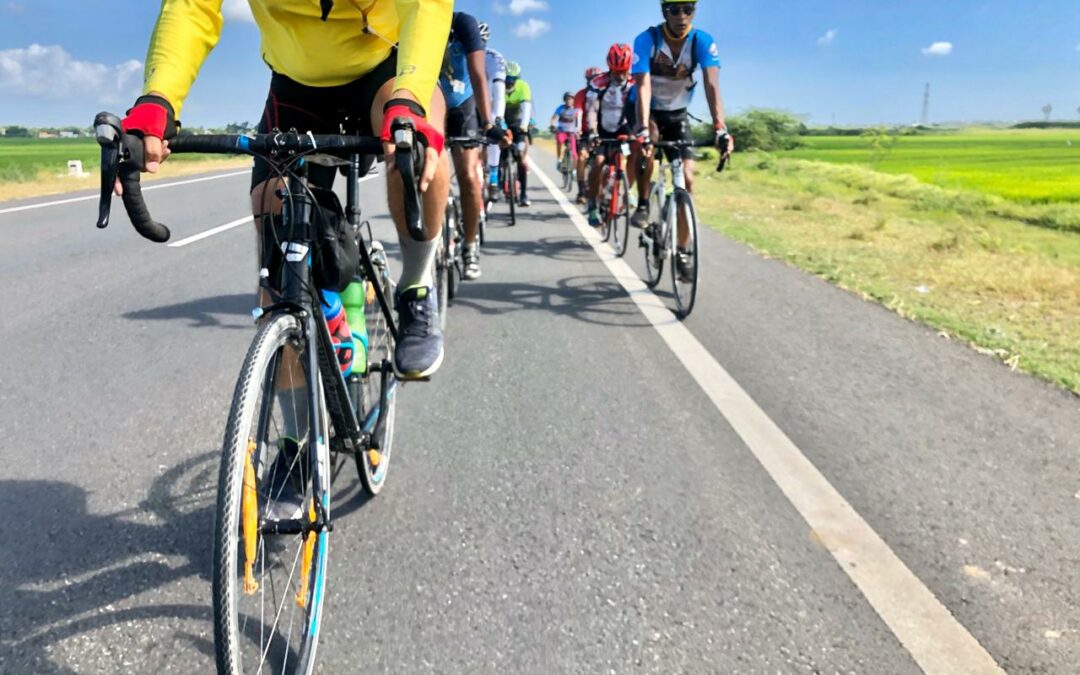 Day 8. I79 kms planned. Strong headwinds and intense heat. I had developed enough strength after a week of riding to hang on to a group of six other riders whose leading sheltered me from the wind. They even offered to slow if the pace got too intense. It was good – how riding can be when it all flows and you are with a good team. A rapid coffee stop on the side of the road and we were off again. But the winds had picked up and despite my human shield I dropped back and gradually lost contact with the group. Resigned to battling the winds solo I saw one of the riders turn back and without words (so much is done non verbally in riding especially in India) it was apparent that he was there to bring me back to the group. No questions – that was the ‘instruction’. I felt moved by that gesture yet it is often the norm in cycling and it was without doubt characteristic of the group riding on this Tour of Tamil Nadu. An earlier day when I had lost track of the route and was struggling to find my way out of one of the bigger towns the Tour Leader ‘miraculously’ appeared and rode with me for most of the way to (almost) the final destination. These actions were so symbolic and so characteristic of the culture of this special organisation that the participants refer to as ‘family’, and understandably so.

On that ride with Vas the leader I had enough breath and the opportunity to learn about the inspiration for these tours and the model they had established. Vas had witnessed how cycling was a part of life – often family life – in parts of Europe. He wanted to bring that to India. It was apparent in many of the places we passed through where the locals on the side of the road looked at us passing in disbelief and with upturned questioning hands said (so I discovered from the translation from my fellow rider that day) “What on earth are you doing that for?”. In those times when ‘things’ were hurting I asked myself that same question!! But I know that overall for me cycling is path to fitness and health and that age is indeed just a number.

I had ridden with TOT 5 years previously and such was the impact of that experience that the thought of riding with them again had been there in the background ever since. So the plan was formed to ride accompanied by my son and my friend and colleague in India. However this was not to be – both had to pull out for various reasons and I was left with the decision of riding alone. Something in my gut knew that these groups (usually 40+ riders) had a way of creating a loving community. And this is not by chance; the principles behind these tours are designed along the lines that I wish we had universally in the world today.

The ten year season had the overall aim of experiencing the culture and nature of Tamil Nadu. Every tour had a theme – this year it was temples. And Tamil Nadu has a lot of temples!! The year I had ridden with them previously had been wildlife (fortunately I didn’t come face to face with any on the road!). This was the 10th year and there was a lot of speculation (and concern!) that it might be the last. There was a clearer purpose and strategy to this bike ride that I have witnessed in many corporates.

There was a remarkable team – The organisers, the mechanics, the sweepers (I saw quite a bit of them in the first few days), the guys who organised the pit stops, and the drivers – all were very special. All fulfilled their roles with total dedication, total selflessness, total professionalism and love. And they did this for free!. All had equal status – the tour leaders paid to ride the tour along with the other participants. The whole event was not for profit but for the commitment to a purpose. And I believe that anyone who takes part would pay whatever was asked to ride these tours.
.
There were some simple principles that upheld the values

Simple guidelines but powerful ones that created a culture of ecology and family.

And to all the riders delight a further 10 years of tours were announced in the most professional and humbling presentation of a ‘business’ strategy that I have seen for years. The goals of season 2 is to explore TN by going through its history of Dynasties and Kingdoms.

This is not just a bike ride it is a lesson in how to be the best we can be in all dimensions of life. And not surprisingly at a time of turbulence in the world when travel organisations and tour operators are struggling to get business .. when the pre – registration was opened for the 2020 Tour they were oversubscribed by 100% within 24 hours!

TOT I salute you and I thank you. You are a model of excellence.

NLP is a way of studying models of excellence in business and life to recreate that excellence in other contexts. This year I have programmes in India, the UK, France, South Africa, Ibiza and In 2021 – Senegal. Join me? 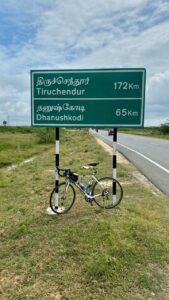