A Flood of Love 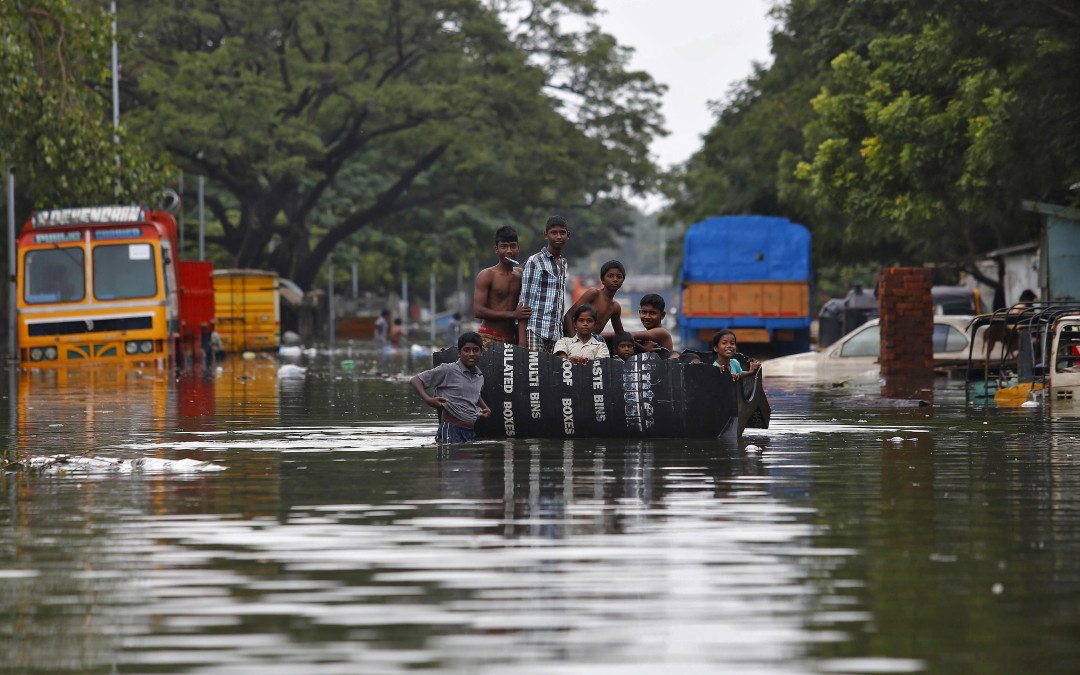 I’m sitting in my hotel room looking out over the misty horizon and mix of stark white and glass buildings and derelict apartment blocks interspersed with clumps of palm trees. I look down on the streams of the cars below. Hard to believe that these same roads were rivers of flood water less than two months ago. I am told that if you go to the back streets there are upturned and abandoned cars with watermarks showing the waters rise and fall. And the waters rose in an unprecedented way. Water had not reached Chennai on that scale for over one hundred years. No one expected the disaster that followed and no one was prepared for it.

I learnt how so many of my friends were battling to keep the filthy waters down as the rains continued and subsided for a while then came again. Homes were overwhelmed with water and many died in hospitals where the generators were submerged. The rising waters touched the lives of rich and poor, unknown and famous alike.

Yet something incredible happened in Chennai. Far from expecting that the politicians would take the situation in hand the people themselves rose up and took control. The people of Chennai were teaching the world how to take responsibility for each other. When Muslims were unable to reach their temple for prayer the Hindus in a neighbouring temple opened theirs to them. And when their temple in turn was threatened by the flood water the Muslims helped them barricade the doors against the torrent. Brahmin families opened their homes to slum dwellers. A maid who had little and lost all she had sold her earrings to raise the money to help those who could not help themselves. There are hundreds of stories of love.

I am proud to be here and to be honouring this very special city. The event we are holding here is called Inspire Days. We never knew at the time of deciding just how significant that label would be.

To join us to celebrate this spirit of Chennai click here and discover what it is like when a community of people pull together. Chennai has become a major player on the world stage and this is the kind of player the world needs right now.

And read more about other programmes here